PFAS: More Talked About and Acted on Than Ever; Make SGS Your Go-to for PFAS Solutions and Analysis 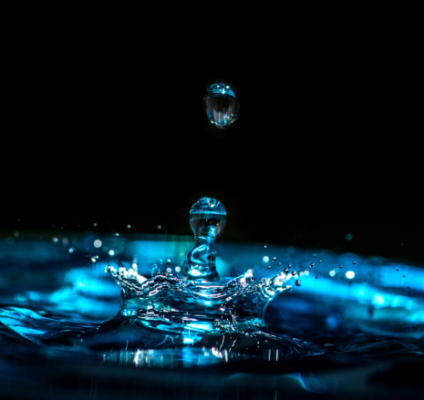 EXTRA, EXTRA! And we mean that literally, as news from across the country on PFAS-related issues seem to geometrically multiply on a monthly basis. This SGS PFAS Update IV is chock full of news of PFAS contamination being identified in neighborhoods, businesses, government institutions, and yes, even dental floss! It also seems that that the citizenry is not taking the PFAS issue sitting down as in local, state and federal governments, action is being encouraged and taken.

SGS will continue to keep you informed and if you haven’t already, you will certainly find the need soon for help in making your PFAS sampling and analysis plan work well.  SGS has capacity, expertise, facilities and the track record to provide fast and accurate analysis you need for total compliance. We’re always here to help.

Take a look at the many news items below that exemplify how prevalent PFAS issues have become across the country and the world.

Get all the details on PFAS and GenX analysis and why SGS delivers what you need for best-in-field PFAS analysis here.

To find out how we can best help you with your PFAS analysis, call (800) 329-0204 or email PFAS.Expert@sgs.com. We look forward to hearing from you soon.

A church well near the Dillingham Airport was found to have high levels of chemicals typically found in firefighting foam, a press release from the Alaska Department of Transportation and Public Facilities announced Friday.

Five residential wells tested above the maximum level allowed in drinking water for PFAS. Four other wells also have levels exceeding federal limits, including the fire college, a nearby mining operation, a transport company and a Marion County, Florida fire station.

U.S. Reps. Debbie Dingell (D-MI), Fred Upton (R-MI) and Dan Kildee (D-MI) recently introduced legislation that would designate all per and polyfluoroalkyl substances (PFAS) as hazardous chemicals and grant the EPA leeway to clean them up.

The New Jersey Department of Environmental Protection has taken a step toward cleaning up water contamination from an unregulated class of perfluorinated chemicals known as PFAS.

DEP Says EPA Didn’t Consider Many Health Risks When Approving PFAS Replacements
New Jersey scientists are accusing the federal government of failing to consider many health risks posed by a group of chemicals that are designed to substitute for some of the controversial PFAS substances which are now being strictly regulated by the state.

Chemical from Brookhaven may have Spread to Residential Wells

Contamination from a firefighting foam has been found at Brookhaven National Laboratory, raising concerns from an advisory group that a soon-to-be-regulated chemical has spread off-site to private residential wells.

No Longer Able to Rely on The EPA, DEQ Turns to NC Policy Collaboratory For PFAS Testing In Drinking Water

With the EPA hamstrung by the government shutdown, the NC Department of Environmental Quality asked the NC Policy Collaboratory to sample drinking water for 26 types of perfluorinated compounds and is still backlogged even though the shutdown ended.

A citizen group petitioned the Madison, Wisconsin Water Utility Board to address potential well water contamination from the Truax Air National Guard Base. In response, the utility announced plans to test for at least twice as many per- and polyfluoralkyl (PFAS) substances than previously announced.

Vermont state regulators are proposing the strictest drinking water standards in the country for PFAS in response to a petition from environmental advocates.

Despite the urging of the growing number of people concerned about PFAS, indications are emerging that the Environmental Protection Agency won’t include a maximum contaminant level (MCL) for the chemicals in public water supplies as part of a soon-to-be-released national management plan.

Scientists just cut the tolerable intake of PFAS by 99.9%

Tolerable intakes for perfluoroalkylated substances (PFAS) could be much lower than scientists previously thought.

A new analysis shows variation in the way state and federal regulators manage PFAS contaminants in drinking water, with some states adopting guideline levels that are more health protective than the non-enforceable levels set by the U.S.

Using Oral-B Glide dental floss might be associated with higher levels of toxic PFAS chemicals in your body, according to a new peer-reviewed study of consumer behaviors potentially linked to the substances.